This guide was prepared for the use of University of Colorado Law School students enrolled in Comparative Law: Argentina (spring 2019). 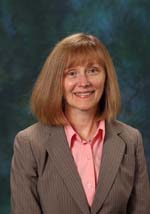 Foreign Law Guide: Argentina (Country Editor: Gloria Oreggo).  Note: You must log on to CU VPN first before clicking on this link from off campus.

Constitution of the Argentine Nation.  English translations from the Senate and Supreme Court of Justice of Argentina, of the Spanish original text of the Constitution of 1853 as amended to Law 24.430 of 1994 [1995].  Available on HeinOnline's World Constitutions Illustrated.  Also available in Political Database of the Americas, Center for Latin American Studies, Edmund A. Walsh School of Foreign Service, Georgetown University.

Guillermo Nicora, El Proyecto De Código Procesal Penal Federal Desde Los Cimientos (The Argentine Draft Federal Criminal Procedure Code from the Ground), 4(11) Revista de Derecho Penal y Criminología 221-230 (2014).  Available in Spanish at https://papers.ssrn.com/sol3/papers.cfm?abstract_id=2555935.  English abstract: "The article analyzes the principles underlying the new Criminal Procedure Code for the federal system in Argentina. Unlike minor (almost rhetoric) that is usually assigned to the principles, the article argues that it is from them that all other rules make sense. Furthermore, the principles provide a solution to all cases not covered. In the first part of the article all the principles listed (equality of parts, oral, public, contradiction, concentration, immediacy, simplicity, speed and deformalization) are analyzed. In the second part, the article sets out the distinction between judicial independence (which is a guarantee of impartiality of the judge, which protects the citizen) and the "independence of the judiciary", which criticizes as foreign to the Republican principle of checks and balances, and often results in a pyramidal corporation that, paradoxically, conspires against the independence of the judge when subjected to corporate obedience. In the third part, the article notes how from initial design, the new procedural code addresses the third threat to judicial independence, which is the bureaucratic dependence caused by the ongoing workload of the courts, and sustained practice of delegation improper judicial functions in court employees."

Corte Suprema: Decisiones Judiciales (sentences, agreements, and resolutions of the Supreme Court of Justice of the Nation).